“Can we sign this electronically?” You might be hearing this question more often these days. Here are some basic principles and practical points to help you answer this question
19th October 2020 | Lila Gailling

Two silos: which one are you in?

There is a lot of jargon in the area of electronic signatures. Understandably, this may be offputting and lead to a feeling of uncertainty when considering whether to sign documents electronically. But let’s start with the most fundamental building blocks. First, what is an electronic document?

In today’s world, there are two silos in which to categorise documents: traditional documents and electronic documents.

E-signatures: which one are you using?

Three concerns: are you satisfied?

Subject to some exceptions, electronic signatures are valid under Scots law. This is because under the Requirements of Writing (Scotland) Act 1995 only certain categories of document need to be in writing. So most documents do not legally require a signature at all.

An electronic signature may be legally valid, but contract parties also need to be satisfied that they can rely on them. The parties should be comfortable with these three main concerns:

That task is easier with advanced and qualified signatures. Advanced and qualified signatures are “uniquely linked to the signatory” and “capable of identifying the signatory” (articles 3(11) and 26, Regulation (EU) No 910/2014 (eIDAS)). This means that there is some reliable evidence that the person whose name is on the document actually signed it. Advanced e-signatures (AES) are also “created using means that the signatory can maintain under their sole control”, and any change to the signature is detectable. This means that if there is an attempt to tamper with the signature, this will be clear to anyone reviewing the document afterwards.

The qualified e-signature (QES) in addition has had the actual identity of the signatory verified by an independent party, for example, a qualified third party has checked the signatory’s passport or driver’s licence. That is why a QES is the most secure and most reliable type of e-signature. A QES has the equivalent legal standing to a wet ink signature (eIDAS, article 25) and is self-proving (Electronic Documents (Scotland) Regulations 2014, reg 3). It will address the three concerns to the greatest extent.

QESs in e-signing platforms are only just becoming more widely used in Scotland. There can be timing issues in obtaining a QES and they usually involve greater costs. AESs appear to be used even less often at the moment, although they generally don’t suffer from the same timing and cost issues. When evaluating e-signing platforms, it may be worth considering their AES offering, in particular if AES is included in the proposed package at no or little extra cost. Using an AES instead of a simple e-signature offers a higher degree of security.

Four top tips: have you considered them?

At Burness Paull we have been helping clients to navigate the world of electronic signing amid the challenges of lockdown restrictions. Here are my top tips when using e-signatures.

However, this issue might open the door to a consideration of whether the document needs to be signed in a self-proving way. Many commercial contracts are not required to be self-proving – they can be signed in a valid manner and that may be sufficient for the parties to that particular document.

This article covers electronic signatures under Scots law. The law in England & Wales is quite different and separate advice should be taken when advising on English law documents. 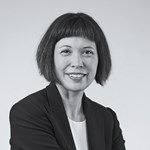