From 7 November parents who hit their children will be committing an offence. The author explores the background to the new law, its implementation and why any legal challenge is unlikely to succeed
19th October 2020 | Elaine E Sutherland

On 7 November 2020, the Children (Equal Protection from Assault) (Scotland) Act 2019 will come fully into force. Parents (and others) will no longer be able to rely on the defence of “reasonable chastisement” to prosecution for hitting their children.

Finally, the law has recognised that children are entitled to protection from physical violence to the same extent as adults, and the state has removed its imprimatur from physical punishment as an acceptable parenting strategy. The legislation is prospective, so the defence will remain available in respect of anything that occurred prior to 7 November (s 3).

The Scottish Parliament was the first UK legislature to pass a statute of this kind. The Welsh Assembly followed with the Children (Abolition of Defence of Reasonable Punishment) (Wales) Act 2020. The defence of “reasonable punishment” remains in place in England and Northern Ireland.

Lest we be tempted to boast “Here’s tae us; wha’s like us”, it is worth remembering that Scotland is hardly in the vanguard on this issue. In 1979, Sweden led the world when it banned all physical punishment and humiliating treatment of children. Similar reforms were instituted in many other jurisdictions, with physical punishment of children in all settings now prohibited in 36 European countries. In February, Japan became the fourth state in the Asia-Pacific region to take that step, and in May the Seychelles became the 60th country in the world and the ninth in Africa to do so.

Activity has not been confined to legislatures, and the South African Constitutional Court recently found the common law defence of “reasonable or moderate chastisement” to be unconstitutional (Freedom of Religion South Africa v Minister of Justice and Constitutional Development [2019] ZACC 34).

Scots law has long sought to protect children from assault through the child protection system and the general criminal law. However, the common law permitted a parent to hit a child under the umbrella of “reasonable chastisement” (B v Harris 1990 SLT 208). While the Scottish Law Commission recommended modest reform in 1992 (Report on Family Law (Scot Law Com No 135), para 2.105), it was not until 2003 that statute clarified the law, providing that an assault would never be considered “justifiable” if it involved a blow to the head, shaking the child or the use of an implement. In other cases, “justifiability” has been assessed by reference to a list of criteria and all the circumstances of the case (Criminal Justice (Scotland) Act 2003, s 51).

Why change was necessary

Those who support (limited) parental freedom to hit children often cite their own experience, claiming: “It didn’t do me any harm.” Their position may reflect just how deep-seated is the harm that was done to them, but no matter. There is ample evidence of the damage caused by permitting physical punishment of children, including harm to the child’s psychological and physical wellbeing; modelling violent behaviour as acceptable; the risk of escalation; and real doubts about whether it works in terms of altering behaviour.

Given the Scottish Government’s oft-repeated commitment to “make Scotland the best place in the world to grow up”, one might have expected it to address this glaring violation of children’s rights. It did not, and it was John Finnie, a Green MSP, who used the member’s bill procedure in order to bring forward the legislation. The Scottish Government eventually gave its support, and it may be no accident that it did so in the 2018-19 Programme for Government, where it signalled plans to incorporate the Convention on the Rights of the Child into Scots law. Clearly, it made sense to address such a flagrant breach of Convention rights prior to incorporation. The Children (Equal Protection from Assault) (Scotland) Bill was passed in the Scottish Parliament, by 84 votes to 29, on
3 October 2019.

Much of the Act came into force on the day after it received Royal Assent, on 7 November 2019 (s 4(1)). However, the key provision, s 1, removing the statutory and common law defences, came into force 12 months later (s 4(2)), in order to allow time for it to be publicised and to ensure that social services and law enforcement agencies were properly prepared (see the bill’s policy memorandum (2018), paras 121-122).

Scottish ministers have a statutory obligation to “take such steps as they consider appropriate to promote public awareness and understanding about the effect of section 1” (s 2). To that end, the Scottish Government established an implementation group, comprising the various state agencies, children’s rights organisations, parenting groups and representatives of the Scottish Youth Parliament, to address raising awareness of the legislation; develop guidance for the public on reporting incidents of physical punishment; explore how services will respond; assess whether additional parenting support is needed and how this could be provided; and monitor the impact of the Act.

The group began work even before the bill passed, and devised a sophisticated model for how these various goals were to be achieved along with a detailed timetable. Clearly, the appropriate means of achieving one goal may differ from achieving another. So, for example, ensuring public awareness of the law involves different strategies to those employed for communicating with voluntary organisations which, in turn, differ from guidance for professional practitioners. Individualised guidance is (or soon will be) available to social workers, police officers and procurators fiscal. While the timetable was adversely impacted by the COVID-19 pandemic, the first general circular is available on the group’s web page, and it is anticipated that other information will be published there.

The goal of the 2019 Act was never the wholesale prosecution of parents, and the implementation group was anxious not only that parents should be aware of the change in the law, but also that they should be offered support and advice on positive parenting. The Parent Club website (parentclub.scot) seeks to do that at the same time as publicising the Act.

If educating the general, adult population about the law is challenging, it is all the more so with children. Granted, most children attend school (even amid COVID), and there is a real opportunity to pursue legal education of children in that setting. In addition, a number of the children’s rights non-governmental organisations seek to do so. The implementation group has produced eyecatching posters, highlighting the Act and the difference it will make, and these will be available online for use by the various organisations involved in its work.

Spurred on by their success in burying the named person scheme, it is possible that some parents, supported by specific interest groups, might mount a human rights challenge to the 2019 Act. Predicting the outcome of potential litigation is a risky business, but some preliminary thoughts are offered here.

First, the Act clearly aims to further accepted human rights norms (see above), which means that it starts from a strong position. Secondly, it was the ambiguous nature of the information sharing provisions in the Children and Young People (Scotland) Act 2014 that led to the downfall of the named person scheme under article 8 of the Convention (Christian Institute v Lord Advocate [2016] UKSC 51). There is no similar ambiguity in the 2019 Act. Finally, any appeal to parents’ rights under article 9 (freedom of thought, conscience and religion) is unlikely to succeed, since article 9 is not unqualified and interference with the parental right could be justified in so far as it seeks to protect the rights and freedoms of children (R (Williamson) v Secretary of State for Education and Employment [2005] UKHL 15). Of particular relevance, in the present context, is Lord Nicholls’ observation at para 50, that “Parliament was entitled, if it saw fit, to lead and guide public opinion”.

The Children (Equal Protection from Assault) (Scotland) Act 2019 removes what was always a blot on the Scottish record on children’s rights, a record that has many strengths. It is regrettable that it took so long to reach this milestone, but it is helpful that the problem has been addressed before we move forward with the more comprehensive realisation of rights in the United Nations Convention on the Rights of the Child (Incorporation) (Scotland) Bill, discussed elsewhere in this issue. The full realisation of the rights of children and young people is, as in most other countries, an incremental process, but the very real signs of progress give hope that, perhaps one day, Scotland really will be one of the best places in the world to grow up. 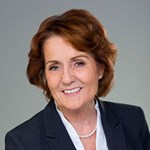