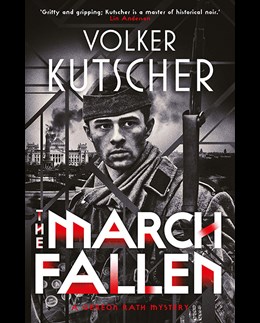 Kutscher brings us another stunning, atmospheric story of pre-war Berlin where his detective Gereon Rath investigates the murder of a former soldier, now reduced to living on the street, as so many who survived the Great War did, against a backdrop of the Reichstag fire. In doing so, Rath unearths a plot hatched in the dying days of the First World War as German soldiers retreated through France. However, running through the story is the incipient rise of the Nazis as Hitler is about to secure the Chancellorship.

Rath's father, as head of the police in Cologne, must watch as his friend Konrad Adenauer, the mayor of the city (and future German Chancellor) is pushed aside. We also witness the beginning of the violent turning of the tide against Jews in prominent positions – in the case of the Berlin police, the storming of the flat of Bernhard Weiss, their revered chief. Rath's fiancée Charly Ritter is set to work in a department devoted entirely to capturing communists who protest. Kutschner draws an interesting interplay between his two main characters, which will be thrilling to watch as this series develops. Charly is firmly and vocally resistant to the slow creep of the Nazi infiltration of everyday life and the police, while one is never sure about Rath. He's no Nazi, but is he going to resist or is he one of those who took the view it would all blow over, that nothing would come of the rise of the fascists? The dénouement and the uncovering of the murderer are set at the infamous book burning in Opernplatz.

The television programme was brilliant, but not a patch on the books. Another triumph. 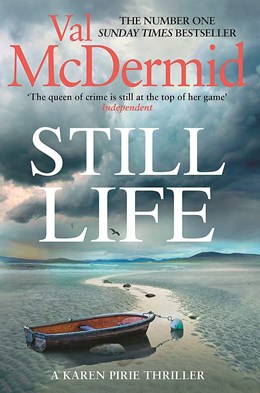 DCI Karen Pirie steps outwith her normal setting as head of the historic cases unit and finds herself in France, the Republic of Ireland and Northern Ireland in her quest to discover the truth behind the disappearance (assumed murder) of a senior civil servant based in the Scotland Office, and his brother who turns up dead in the Firth of Forth 10 years later, while being set the task of solving the identity of a corpse found in a camper van in a garage of the home of a woman who has died in an accident. Pirie flits between the East Neuk of Fife, Edinburgh and the Scottish Crime Campus at Gartcosh, as she follows the trail of witnesses and uses her somewhat forceful charms on cybercrime experts and an anthropologist. Alongside, she is coming to terms with the release of the man convicted of the death of her husband, while wrestling about a new relationship. She is ably assisted by two sidekicks. There is never a dull moment, the narrative always being propelled forward. There is a little artistic licence with international, cross-border policing and the legal tools available to secure the extradition of fugitive offenders from Europe. 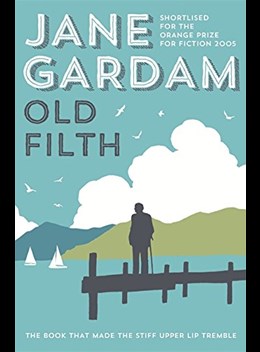 Lockdown saw a brief absence of the ready availability of books. One turned to scouring one's bookshelves. Old Filth is a gem of a book. Old Filth (Failed in London Try Hongkong) is Sir Edward Feathers QC who, at the end of his days, reflects on his life. This is no morbid memoir approach, but rather we walk at his side: following the sudden death of his wife, he looks back on his life, as he visits two childhood friends who shared his abusive upbringing in Wales as his father continued to live and work abroad, leaving Feathers a “Raj orphan”. There are those in the legal profession who hold him in little regard and view him securing his significant wealth and appointment to the judiciary in Hong Kong as a result of him being in the right place at the right time, rather than ability. His old rival, Sir Edward Veneering QC, who in retirement lived next door, had a dalliance with his wife in years past. We witness, with the graceful insight brought alive by Gardam's style, the slowing of body (but not mind) as Feathers looks back with pride and some anxiety on his professional life where he was empowered to pass the death penalty; his marriage to Betty which was a foundation in his life, albeit functional and devoid of passion; his life in Wales where one cannot help but think it set his life on the course it took. Beautifully observed and humorous, Feathers' story is one worth unwrapping.