The bill to incorporate the UNCRC into Scots law is a first for the Scottish Parliament, a major step forward for children’s rights, and a precedent for the wider human rights framework
19th October 2020 | Bruce Adamson

Fully and directly incorporating the United Nations Convention on the Rights of the Child (UNCRC) into domestic Scots law is the most important thing we can do to ensure children’s rights are respected, protected, and fulfilled. The UNCRC (Incorporation) (Scotland) Bill, which was introduced to the Scottish Parliament in September, is a bright ray of sunlight in what has been a gloomy year.

Founded on the concept that all children should grow up in a family environment of happiness, love and understanding, the UNCRC contains a broad array of rights designed to ensure children are treated with dignity and fairness; that they are protected; and that they develop to their full potential and can participate in their communities. It builds on the Charter of the United Nations (1945), which recognised that the inherent dignity and the equal and inalienable rights of all members of the human family are the foundation of freedom, justice, peace and social progress, and breathes life into the Universal Declaration of Human Rights (1948), which proclaimed that childhood is entitled to special care and assistance.

It is the first legally binding international instrument to incorporate children’s full range of civil, cultural, economic, political and social rights, as well as aspects of humanitarian law. It also requires states to adopt comprehensive legislative measures to ensure that rights are protected. As the UN Committee on the Rights of the Child has made clear, “for rights to have meaning, effective remedies must be available to redress violations”.

Unlike many of the parties to the UNCRC which have constitutional systems where international treaties become part of domestic law automatically, in the UK we require domestic legislation to give effect to international obligations. Scotland will be following in the footsteps of an increasing number of countries including Norway, Finland, Iceland and most recently Sweden, which have incorporated the UNCRC into national law. Their experience shows that this is an important way to ensure systematic and effective legal implementation of the UNCRC at a national level.

The UNCRC (Incorporation) (Scotland) Bill will make it unlawful for public authorities to act incompatibly with the UNCRC, making many of these rights fully justiciable for the first time. The legislation comes after decades of campaigning by children and young people and civil society organisations, and years of work by international experts. It is the first time the Scottish Parliament will consider a bill to bring a full international human rights treaty into Scots law, and it sets a precedent for the work being done on strengthening the wider human rights framework.

All children (everyone up to the age of 18) will benefit from incorporation. But it is the most disadvantaged children who will benefit most. The UNCRC requires the Government to give special attention to disabled children, care experienced children and those at risk. It requires all available resources to be used to address poverty and provide services like mental health support.

The bill provides for rights and obligations derived from the UNCRC and the first two optional protocols to be given effect in Scots law, by seeking to take a maximalist approach to incorporation of the UNCRC, while recognising the limits of Scotland’s devolved competence. This has been achieved through the redaction of parts of the UNCRC and optional protocols which relate to wholly reserved matters.

Some of what is set out in the bill will be familiar, as it is broadly modelled on the Human Rights Act 1998, which brought the European Convention on Human Rights into UK law. This includes a prohibition on public authorities acting incompatibly with the UNCRC, and the provision of substantive and legal remedies when a violation occurs. This last point is particularly important, given that the Committee on the Rights of the Child has made clear that “for rights to have meaning effective remedies must be available to redress violations”.

While the phrase “public authority” is not exhaustively defined, interpretation of this term has been subject to a significant amount of discussion recently, including by the UK Parliament’s Joint Committee on Human Rights, and in the aftermath of the Inner and Outer House judgments in Ali (Iraq) v Serco [2019] CSIH 54. It is likely to be the focus of further debate before the Scottish Parliament to ensure that the intention of providing the fullest possible protection of rights is realised, whether actions are “undertaken by public or private bodies”. UNCRC article 3(1) provides that “In all actions concerning children, whether undertaken by public or private social welfare institutions, courts of law, administrative authorities or legislative bodies, the best interests of the child shall be a primary consideration”.

Children and young people often face additional barriers in bringing proceedings to protect their rights. A key part of the bill is to ensure justiciability of rights, as part of an effective remedy, so it is a welcome protection that the one-year time limit, or any other legal time limit, does not start until a child turns 18. Courts or tribunals will have the full range of relief or remedy, including damages, within their powers, as they consider just and appropriate.

In accordance with the Vienna Convention on the Law of Treaties, courts are specifically enabled to consider the preambles and excluded provisions of the UNCRC as sources of interpretation. General Comments, Concluding Observations or decisions relating to the third optional protocol of the UNCRC, which the UK has not yet ratified, are not specifically included as interpretive guides for courts (although they are for public authorities), but form essential elements in the interpretation and implementation of the UNCRC. This is important as it allows Scotland to keep pace with developments in international law and practice, while retaining judicial independence and autonomy. The recent UN Committee’s General Comment no 24 (2019) on children’s rights in the child justice system, and the new General Comment no 25 currently being drafted on children’s rights in relation to the digital environment, are examples of our developing understanding of children’s rights and they will be of significant assistance in understanding the UNCRC.

Importantly for the role of my office in safeguarding and promoting the rights of children and young people, the bill sets out a power to take cases directly on the grounds that a public authority has acted, or proposes to act, incompatibly with the UNCRC requirements, and to seek to intervene in proceedings initiated by someone else against a public authority.

The bill requires Scottish ministers to make a Children’s Rights Scheme setting out mechanisms and arrangements to ensure that they comply with the duty to act compatibly with the UNCRC. The scheme ensures a proactive culture of rights protections across all areas of children’s lives. Ministers are required to engage with children and young people to create, then revise and report annually on the scheme. Finally, the bill makes undertaking child rights and wellbeing impact assessments (CRWIA) a mandatory requirement for ministers on legislation or decisions of a “strategic nature” relating to the rights and wellbeing of children.

This bill has been a long time coming, and many of the children and young people who have been part of the process are now well into adulthood, but it is exciting to see the culmination of their efforts in this bill. The Scottish Government has shown real human rights leadership in bringing forward this bill, and the world is watching. Many of the countries who have not yet incorporated the UNCRC are looking to follow our lead.

One thing that is not on the face of the bill is a fixed commencement date. Over the next few months children and young people will be making their voices heard through the parliamentary process, and one message I’m sure that they will make loud and clear is that they have waited long enough: the time for incorporation is now. 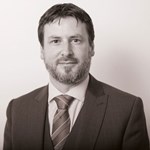