The Word of Gold: Shaken and stirred?

A new broom sweeps in. Are lawyers as dusty as it claims?
19th October 2020 | Stephen Gold 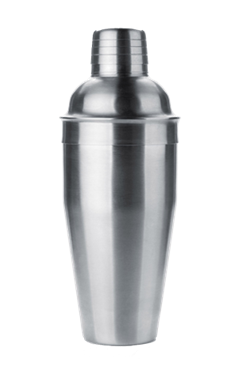 A new Scottish law firm, Aberdeins, is born. In a press release, managing director Rob Aberdein said the firm aims to “deliver the biggest shakeup to the Scottish legal scene in decades”. Perhaps you read this and trembled. Perhaps you didn’t.

The firm takes inspiration from Monzo, the emergent bank, which runs on a lean, tech-heavy, people-lite model. If Aberdeins can bring original thinking, deliver a superior service, and carve out a significant share of its chosen markets, all power to it. Having founded a firm that was regarded as a disruptor (one of the more polite descriptions competitors chose), I think one may be better just to get on with the disrupting, rather than broadcasting one’s lofty intentions in advance. But it’s a free country (though currently, not as free as it used to be).

One comment in the release made my eyebrows twitch. Having castigated working practices in conventional firms, Rob Aberdein says: “That’s before you even talk about the clients, who feel almost constant resentment at the perceived arrogance, lack of responsiveness and value for money they get from their legal firms. Many sectors of the profession have an image problem.”

Well, as Sir Kenneth Dalglish is fond of remarking, “mebbes aye, mebbes naw”. This is a view that gives rise to a very old question: where’s the evidence?

It’s hard to come by. In 2018-19, the SLCC received 1,326 complaints, of which 730 were accepted for investigation. Expressed as a percentage of the millions of matters handled annually by Scotland’s law firms, it’s a very small number. True, there are many more complaints than ever make it to the SLCC. But there is not a scrap of reliable evidence that, in general, clients are seething with “constant resentment”. As for arrogance, we can all think of examples, but again there is no evidence that the profession these days is infested with it. Public deference to the professions has gone, and a good thing too. The web and social media have brought a level of pitiless scrutiny that was impossible even 20 years ago. If you want to be arrogant in this environment, good luck.

Does the public disdain lawyers? Over the last few years, I’ve been asked by various firms to interview their key clients, tease out their candid opinions on the service they receive, and help the firms act on the feedback. When I started, I half expected clients would be queuing up to rant, but the result could not have been more different. Satisfaction was extraordinarily high.

We shouldn’t be complacent. When I served on the Law Society of Scotland’s Council, I chaired one of its complaints committees, and was involved in complaints work for a further 10 years. In that time, I saw my fair share of inefficiency, stupidity and sloth. For as long as the law is populated by human beings, there will always be those who set a low bar and fail to get over it. But they are not typical. The professional cringe of “nobody loves us” is a lazy stereotype that does no one any favours. Lack of confidence and diffidence in asserting our value are bigger problems than arrogance.

There is evidence that many corporate clients feel their lawyers take a purely transactional view, and are not interested in them except when there are fees on offer. That’s a serious criticism, best met not by an app, but by empathy, warmth, curiosity, patience and a willingness to give as well as take.

The artisan model of delivering legal services is under threat, and Monzo’s experience is instructive. Monzo is a brave attempt to innovate in a market crying out for change, and has loyal devotees, but in 2019, it was heavily criticised by the BBC’s Watchdog, for blocking accounts where its software had wrongly detected suspicious activity. Customers locked out of their funds were left searching furiously for that rarest of creatures, a human being to talk to. This July, it said disruption resulting from COVID-19 has led to “significant doubt” about its ability to continue as a going concern.

It is a fair criticism of the legal profession that many firms have been slow to embrace technology, but this challenger’s trajectory is a timely lesson that sexy technology is never enough on its own.

In contrast to Monzo, lawyers have enhanced their reputation lately. They have been there for their clients in extraordinarily difficult moments. They have handled their own massive challenges with decency, dedication and resilience. In the process, they have done their “image problem” no harm. The profession is far from perfect, but it doesn’t deserve to be rubbished. Aberdeins is chaired by a logistics expert. I will watch with interest to see if it delivers.

Stephen Gold was the founder and senior partner of Golds, a multi-award-winning law firm which grew from a sole practice to become a UK leader in its sectors. He is now a consultant, non-exec and trusted adviser to leading firms nationwide and internationally.
e: stephen@stephengold.co.uk; t: +44 (0)7968 484232; w: www.stephengold.co.uk; twitter: @thewordofgold