As efforts to contain the coronavirus pandemic continue, the importance of parliamentary sovereignty and accountability should be recognised by ministers introducing or extending emergency regulations
19th October 2020 | Elaine Motion

When the Coronavirus Act was passed by the UK Parliament without opposition in March, it gave ministers sweeping emergency powers to enforce lockdowns. In those confusing, troubling and unprecedented times, there was little dissent.

However, the Act required a vote by MPs after six months to stay in force, and September there was widespread concern across all parties about how those emergency powers had been used, particularly to enforce tight lockdowns in specific areas and impose fines for a range of violations. Concerns have also been voiced about ministers’ propensity to bypass Parliament by announcing new regulations on Twitter, or through their newspaper of choice – often with only hours or even minutes before they take effect.

Critics gathered around Sir Graham Brady, chairman of the 1922 Committee. That committee of backbenchers is often described as “influential”, and it might be argued its apparent lack of influence in recent months was reflected in Sir Graham’s amendment to the renewal of the Coronavirus Act – insisting any new restrictions must first be approved by MPs.

This was vehemently opposed by Downing Street, who said ministers needed the ability to act fast in response to the pandemic. Few would argue with the need for speed when necessary, had we not gone far beyond this to a point where parliamentary sovereignty and accountability were being challenged, and possibly undermined.

With 50-odd Conservative backbenchers supporting the amendment, the Prime Minister’s apparently comfortable 80-seat majority suddenly looked shaky. In the end, the Speaker, Sir Lindsay Hoyle, said legal advice prevented him taking the amendment – but he voiced the thoughts of many MPs by declaring that the Government had treated Parliament with “contempt” and shown a “total disregard for the House”.

Sir Graham had called for “a new modus operandi” in place of imposing new COVID-19 laws by decree without debates or votes. Although the vote was not taken, the Speaker’s comments were seen as a green light to MPs on all sides to assert their right to bring ministers regularly into the Commons to be questioned on new regulations.

It seemed appropriate that this latest dispute between executive and legislature bubbled to the surface in late September – exactly a year since Lady Hale delivered the dispassionate yet withering UK Supreme Court judgment that Boris Johnson and his Government had acted illegally in proroguing Parliament at the height of Brexit fever.

Part of the judgment that day, on parliamentary sovereignty and accountability, seems very relevant to current events. That sovereignty, it said, would be undermined as the foundational principle of our constitution “if the executive could, through the use of the prerogative, prevent Parliament from exercising its legislative authority for as long as it pleased”.

The second fundamental principle is parliamentary accountability. The court quoted these words of Lord Bingham, former senior Law Lord: “The conduct of Government by a Prime Minister and Cabinet collectively responsible and accountable to Parliament lies at the heart of Westminster democracy”.

It is this sovereignty and accountability that has seen concerns coalesce in recent weeks. Back in March, most people seemed ready to accept restrictions to personal freedoms to tackle a novel virus which spread rapidly through human interaction and killed in its thousands.

Yet since then, many questions have been asked and there is far less unanimity now about what people are ready to live with. Many argue that personal freedoms and human rights have been curtailed far beyond what is reasonable, even in these circumstances.

There has been no debate at all in Parliament since March, of the ever-changing instructions to the population communicated by the Prime Minister and his Cabinet – albeit with little apparent sense of collective responsibility or uniform understanding. Only recently, the Prime Minister admitted he “mis-spoke” in answering a question on social contact rules in a specific region.

As cases rise and we face the prospect of a long, hard winter fighting a virus which thrives in colder weather, parliamentary frustration over new restrictions seems unlikely to subside.

Many MPs have spoken of the upset and frustration of being unable to speak up for their vulnerable constituents in Parliament, and the comments of the Speaker and unhappiness on the back benches suggest this issue will not go away. The Presiding Officer in Holyrood has raised similar concerns about the lack of debate in the Scottish Parliament.

It is a stark reminder that however unprecedented the times, we should all, whatever our political inclinations, be extremely vigilant about passing unprecedented powers into the hands of the executive. 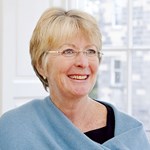 Elaine Motion is chairman of Balfour+Manson