Climate change: the reach of the law

The trends in climate change related litigation, in which human rights grounds, government policy and corporate responsibility have all come under scrutiny in the UK or abroad
18th October 2021 | Fiona Ross

The 26th Conference of the Parties to the Rio Convention (COP26) will take place in Glasgow in November, with the aim of finalising the detailed rules which implement the Paris Agreement and accelerating action to tackle the climate crisis. Since the Paris Agreement was adopted in 2015, we have seen a significant rise in climate change related litigation, both in the UK and overseas.

This includes challenges in relation to government policy, individual projects and more recently even company policies and targets.

Increasingly we are seeing cases being brought based on human rights grounds. One of the first was the case against the Dutch Government brought by Urgenda, an action group of over 800 Dutch citizens. In 2015 the District Court of The Hague ruled that the Dutch Government must cut its greenhouse gas emissions by at least 25% by the end of 2020 compared with 1990 levels. It also required the Government to urgently and significantly reduce emissions and to implement higher standards of climate change mitigation. The ruling was appealed by the Government, but was upheld by the Supreme Court in 2019. The court held that the threats posed by climate change to the citizens of the Netherlands, both current and future, were so extreme as to amount to a threat to the right to life under article 2 of the European Convention on Human Rights (ECHR), and the right to respect for personal and family life under article 8.

In 2020, the Supreme Court in Ireland, in a landmark case brought by Friends of the Earth, held that the Irish Government’s National Mitigation Plan did not specify how Ireland would transition to a low carbon, climate resilient and environmentally sustainable economy by 2050, as required by the Climate Act 2015. The court required the Government to revise its national climate policy accordingly, and also create a new more ambitious plan that complies with Ireland’s national and international obligations.

In 2021 the German Federal Constitutional Court held that Germany’s climate protection law, which set a target of 55% reduction in emissions by 2030, violated the fundamental rights of young people and future generations and that it must be strengthened. The court recognised that climate change represents a “catastrophic or even apocalyptic” threat to society, and made clear that the German Government has a constitutional duty to protect the climate. It held that “one generation must not be allowed to consume large portions of the CO2 budget while bearing a relatively minor share of the reduction effort, if this would involve leaving subsequent generations with a drastic reduction burden and expose their lives to serious losses of freedom”. It required the Government to amend the climate law to make clear how it will reduce its emissions after 2030 so as to achieve climate neutrality in time. Following the decision, the German Government increased its emissions reduction target from 55% to 65% by 2030, compared to 1990 levels.

Other human rights based cases are being brought by citizens in countries including Poland, Italy, Peru, Pakistan and Nepal, and we expect that such grounds will increasingly be argued in the context of climate change related litigation.

A different type of challenge was brought in relation to the UK Government’s Airports National Policy Statement (ANPS), challenging the policy basis for a third runway and expanded airport at Heathrow. A national policy statement sets out the policy applicable to nationally significant infrastructure projects applying for development consent under the Planning Act 2008. Rather than being based on human rights grounds, the claimants argued that the Government had failed to consider the Paris Agreement before designating the ANPS.

The High Court found that the ANPS had been lawfully designated. The claimants (Friends of the Earth and Plan B) appealed, and the Court of Appeal held that the Secretary of State for Transport had acted unlawfully in failing to consider the Paris Agreement before designating the ANPS. That was obviously a major blow for Heathrow, which was preparing to submit its development consent order application at the time of the Court of Appeal judgment. Heathrow appealed to the Supreme Court, even though the Government at that stage indicated that it would not appeal the judgment. The Supreme Court issued its judgment in December 2020, overturning the Court of Appeal to hold that the ANPS had been lawfully designated.

Section 5(7) and (8) of the Planning Act 2008 requires that a national policy statement must give reasons for the policy set out in the statement, and that the reasons must (in particular) include an explanation of how the policy set out in the statement takes account of Government policy relating to the mitigation of, and adaptation to, climate change. The court held that for s 5(8) to operate sensibly, the phrase “Government policy” needed to be given a relatively narrow meaning, so that the relevant policy could be identified. It held that a statement qualifies as policy only if it is clear, unambiguous and devoid of relevant qualification.

The court noted that the Government was in fact still developing its policy on achieving net zero in accordance with the Paris Agreement targets at the time of designating the ANPS, and rejected the argument that ministerial statements regarding net zero could be considered “Government policy” for the purposes of s 5(8).

Another interesting point was around the argument that the Secretary of State had breached their duties under s 10 of the Planning Act 2008 to exercise their functions in relation to preparation and designation of national policy statements with the objective of contributing to the achievement of sustainable development, and in particular to have regard to the desirability of mitigating and adapting to climate change. The court held that the Secretary of State had considered whether the ANPS needed to take account of the Paris Agreement, and had exercised their discretion not to take it into account. In this context the Secretary of State had already had regard to the Climate Change Act 2008, which was held to be sufficient, especially since the ANPS was drafted such that the latest targets under the Climate Change Act 2008 would apply, and could be amended if needed, for example if in the future there was an inconsistency.

Heathrow sought to argue that because carbon emission targets were set out in the Climate Change Act 2008, Government policy was entrenched in the Act and could only be altered using the procedure for amending targets under the Climate Change Act. However, the court rejected this argument.

Whilst the Airports National Policy Statement was finally found by the Supreme Court to have been lawfully designated, matters have since moved on, and not only is it likely that the Airports NPS would now need to be reviewed, but also the full suite of Energy NPSs are under review, and there are challenges to the National Networks NPS and the investment programmes for road infrastructure in England.

It is not only government policy that is the subject of challenge. The recent Royal Dutch Shell case is another truly groundbreaking piece of litigation, resulting in the court ordering Shell to cut its emissions by 45% by 2030 compared against 2019 levels. The judge noted that the ruling would have “far-reaching consequences” for the company and may “curb the potential growth of the Shell group”, noting that “the interest served with the reduction obligation outweighs the Shell group’s commercial interests”. 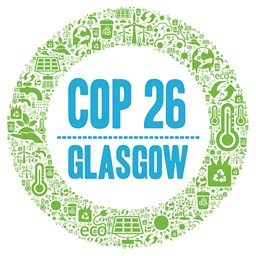 The claimants argued that Shell was breaching the Dutch civil code and violating articles 2 and 8 of the ECHR (the right to life and the right to family life) by causing a danger to others when alternative measures could be taken. The court noted that Shell had known for a long time about the damage caused by carbon emissions.

It held that Shell owes a duty of care, and that the level of its emissions reductions and those of its supply chain must be brought in line with the Paris Agreement. Although the court held Shell had not acted unlawfully, it found that there would be an “imminent violation of the reduction obligation”. It added that the company’s “policy intentions and ambitions for the Shell group largely amount to rather intangible, undefined and non-binding plans for the long-term”.

The court ruled that due to Shell’s size and impact, it has an obligation beyond simple compliance with regulations: it is necessary for corporations to be proactive in tackling climate change and not simply leave it to the state. Shell has the flexibility to decide how it will achieve the reduction, but it needs to achieve a net 45% reduction in emissions across the whole group in scope 1, 2 and 3 (covering all CO2) emissions by 2030, in order to support limiting the global temperature increase to 1.5˚C as per the Paris Agreement. This is significantly greater than the targets Shell had set, which were to reduce the carbon intensity of its products by 6% by 2023, 20% by 2030, 45% by 2035 and 100% by 2050 from 2016 levels.

Shell is appealing the ruling, but the case has already sent shockwaves through the boardrooms of large emitters. It seems clear that not only is climate related litigation on the rise, but that company policy as well as that of governments can increasingly be expected to be subject to challenge. NGOs are increasingly well organised and funded, and there are a number of organisations which are dedicated to bringing challenges against policies and projects on environmental and climate change related grounds. Developers therefore need to carefully consider carbon and climate change matters in the context of their projects and apply appropriate mitigation. Consumers are also increasingly aware of corporate greenwashing, and in order to protect their interests companies will need to ensure that they not only have stretching emissions reduction targets but also credible plans for achieving them. 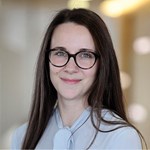