Climate change is one of the most complex challenges of our time, requiring an ambitious, holistic and collaborative response. As world leaders gather in Glasgow, a cruel irony and injustice must be properly addressed: the climate crisis disproportionately impacts women, ethnic minorities and those from poorer backgrounds, even though they have contributed the least.

Some may question how an insentient threat could be gendered. However, there is a wealth of evidence which indicates that women are generally more vulnerable to the impacts of climate change.

First, one necessarily accepts such impacts if one acknowledges that extreme weather has a greater impact on the poor and vulnerable: globally, women disproportionately experience poverty and enhanced vulnerability.

This is due to entrenched social norms and socio-economic structures – their role as primary caregivers; their limited access to education; healthcare; and income. The impacts of climate change exacerbate pre-existing vulnerabilities from racial, regional, gendered, and economic inequality.

For example, in some countries women and children are 14 times more likely to die or be injured during a natural disaster than men; however, a 2007 study covering 141 countries found that where women and men possessed equal rights, approximately equal numbers died from disasters.

Gender and inequality must be considered

We cannot address climate change in a globally just manner, unless we embrace climate justice and integrate issues of inclusion and intersectionality front and centre in strategies.

The Gender Action Plan of the United Nations Framework Convention on Climate Change sets out clear principles and objectives for climate policy, action and finance that provide targeted gender-sensitive solutions to women and minorities.

These principles and objectives are essential for decision makers to consider when developing climate change adaptation strategies and climate finance instruments. Even the Paris Agreement can fail to include a gendered perspective – although it references gender throughout, it omits gender considerations in some crucial operative areas such as finance. It is essential to bear this in mind approaching COP26: when finalising the Paris Agreement rulebook, gender considerations must be incorporated where relevant.

On this front, the UK has made progress this year – for example, the Government has pledged that its £11.6 billion international climate finance investment will integrate gender-responsive and inclusive approaches into the design, delivery and assessment of its programmes between 2021 and 2025.

The Gender Action Plan also considers equal access and outcomes for all. It outlines the importance of multi-stakeholder participation, highlighting that women are essential agents in solving and adapting to the climate crisis.

Indeed, climate action has been shown to have a symbiotic relationship with gender equality: a study published in Nature found that countries with a high level of gender inequality generally have a lower level of climate action. Similarly, higher female representation in national parliaments has been shown to galvanise climate change policy. However, the UN reports that the average representation of women in climate negotiating bodies is below 30%.

Change must begin at home, and positive steps have been made this year. For example, the UK joined the Feminist Action for Climate Justice Coalition at the Generation Equality Forum.

However, the UK Government has failed to ensure gender equality in the COP26 senior management team. “SheChangesClimate” found in 2020 that only 15% of the UK leadership team were women.

Equal representation of women and minority groups is crucial for the leadership team.

After COP26 there is a long road ahead, fraught with unprecedented challenges which demand a whole-sector approach. Recognising this, the Law Society of England & Wales has established a member Climate Change Working Group which is developing a long-term strategy for the Society.

Lastly, we cannot confront the immense task at hand without also addressing historic gender-equality problems, including within the legal sector. Taking steps such as signing the Society’s “The Women in Law Pledge” will help ensure that when firms inevitably confront climate change challenges, high-level decisions are enhanced by a diverse collaborative approach.

Solving climate change demands that everyone comes together. Locating equitable solutions requires opportunities for marginalised communities and female voices to be heard and supported, and to provide the solutions to manage their own destinies and survival. 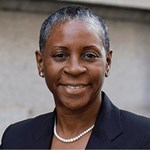