Solicitors should ensure they are prepared for the challenges in tackling climate change. I also highlight their commitment to the justice system; and share the pride of those achieving qualification
18th October 2021 | Ken Dalling

It is a great honour to lead any members’ organisation, and I remain humbled by the faith shown in me by my fellow Council members who supported my election as Law Society of Scotland President. Of course there are privileges.

There was no budget to join the Commonwealth Lawyers in Nassau, nor would there have been even if the American Bar Conference hadn’t been cancelled. However, in late September, our chief executive and I were graciously hosted in Belfast for the Law Society of Northern Ireland Council dinner. Nassau would have been nice, and I didn’t realise that I Stephanie Boyce, President of the Law Society of England & Wales, was participating in our Brussels event on COVID, held during the CLA meeting, from Cable Beach until her webcam moved and I saw the ceiling fan! Oh well.

As we look ahead to the arrival of COP26 in Glasgow, we are increasingly aware of climate change and the potential impact it will have for us all. Solicitors are involved in advising their clients or employers on a range of matters associated with climate change, as well as considering the environmental impact of their own businesses and activities. We need to understand the challenges which are ahead, and ensure we are prepared for opportunities to influence and inform policy and legislative development in this area.

This month’s special edition Journal, co-edited by the Society’s COP26 & Climate Change Working Group, will explore some of these issues and provide valuable insight for us as a profession. And of course there is our upcoming COP26 conference on 29 October, which will examine how we should respond as a profession and will feature fantastic speakers, including Professor Philippe Sands QC, who will ask whether ecocide should be considered an international crime.

In Belfast, I was able to speak to Sir Declan Morgan, former Lord Chief Justice. We spoke about the efficient disposal of criminal court business, virtual custodies and resourcing. He was impressed to learn that in Scotland case disposal fees allow, and reward, “early” guilty pleas in summary cases – at substantial savings to the system as a whole. Apparently that had been an idea of his that had not found favour in his jurisdiction. If only there was something comparable in jury cases, we wondered, what impact could that have in reducing trial backlogs?

Taking pride in the role each of us plays in the lives of our clients is only natural. Taking pride in the accomplishments of others maybe not so. But it was with pride that I presided over the first admission ceremony for solicitors since I took office. It was great to see the enthusiasm with which so many new faces were embarking on their professional futures. When Claire Gregory’s three year old daughter, Holly, exclaimed: “Well done Mummy,” her emotions only mirrored those of so many family and friends who, at least virtually, were able to show their continued support to the loved ones of whom they, too, were so proud.

The new civil solicitor advocates, who I had the pleasure of introducing to Lord Turnbull at the Court of Session, are at a different stage of their lives as solicitors and have taken further their skills and studies. Nonetheless, I have no doubt that exclamations of pride in their achievements would have been in the minds, if not the mouths, of their family members if they had been present.

As an innovation on the ceremony for the Opening of the Legal Year, the Lord President asked the Dean of Faculty and me each to summarise the last 12 months and detail some of the challenges to be faced in the year ahead. Roddy Dunlop QC, with characteristic eloquence, spoke of the unquantifiable benefits of in-person hearings.

For those of you who haven’t seen it on YouTube, my opening observation noted that, despite all that was thrown at the profession, we “continued to deliver essential advice and representation to those for whom help was needed”. I went on to point out that so many solicitors had gone above and beyond, again and again, to ensure that those who relied on their expertise were not disadvantaged and that our justice system continued to function. I was and remain very proud of all of that. Pride again. But a virtue rather than a sin, I think. 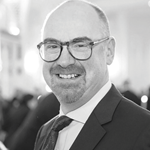