Ecocide: a crime against the planet

Hosting COP26 requires Scotland and the UK to show global leadership, and it would be fitting to recognise in law the now authoritatively defined crime of ecocide
18th October 2021 | Jojo Mehta

Members of the Scottish Parliament were recently briefed on a legal concept that is rapidly gaining traction on the international stage: an international crime of “ecocide”.

It is widely recognised that humanity stands at a crossroads. As underlined in the IPCC’s (Intergovernmental Panel on Climate Change) AR6 report (August 2021), the scientific evidence points to tipping points already crossed and more to come. Emission of greenhouse gases and the destruction of ecosystems at current rates is already producing catastrophic consequences for our common environment and it is accelerating, not slowing down.

Our briefing of MSPs, one of many political briefings we’ve been requested to provide lately, asserted that international law may have a seminal role to play in transforming our relationship with the natural world, shifting that relationship from one of harm to one of harmony.

This is because, despite significant progress, existing laws and treaties are proving inadequate to supply the strong guardrail needed to prevent the root causes of the global climate and ecological crisis.

What is required is nothing short of a new taboo, and criminal law is particularly well placed to help create this, since in our dominant (Western) paradigm we use criminal law to draw moral lines. We all know one cannot request a licence to kill people in pursuit of a new infrastructure project. Indeed, it wouldn’t even cross our minds to do so. But we don’t yet recoil in the same (healthy) way from destruction of ecosystems, and it is becoming ever more apparent that we must. We believe an international crime of ecocide has the potential to begin to create this much-needed shift in perspective.

The word “ecocide” was coined in 1970 to describe the damage caused by defoliant Agent Orange in Vietnam, and in 1972, at the UN Conference on the Human Environment, Swedish Prime Minister Olof Palme evoked the idea of ecocide as an international crime. The idea was then taken forward by others, including Richard Falk (1973) and Benjamin Whitaker (1985); there have also been more recent efforts, notably from the late Polly Higgins (1968-2019), a Scot and barrister whose legacy is being expanded on by a growing collaborative movement. The work of Stop Ecocide International, founded in 2017 by Higgins and myself, sits at the heart of this expanding global network.

In November 2019 Pope Francis, addressing the International Association of Penal Law, suggested that ecocide should be considered a fifth category of crimes against peace, and in December 2019 climate-vulnerable island states Vanuatu and the Maldives officially called on member states of the International Criminal Court (ICC) to consider amending the Rome Statute to include ecocide alongside the four existing international crimes. The ICC route is particularly interesting because of the complementary mechanism of the court: any member state ratifying a crime there must also include it in its own domestic legislation, so it’s a logical, efficient way to create a new serious crime with transboundary coherence and enforceability.

Since that time, a further 14 member states of the ICC have a record of discussion of this crime either at parliamentary or government level: Bangladesh, Brazil, Belgium, Canada, Chile, Finland, France, Luxembourg, Mexico, the Netherlands, Portugal, Spain, Sweden and the UK. The EU Parliament has voted in support of ecocide crime in the contexts of foreign affairs, legal affairs and biodiversity strategy, and support was virtually unanimous at the Inter-Parliamentary Union. Closer to home, a motion put forward by Monica Lennon MSP in support of the recently launched legal definition of the crime has gained broad cross-party support in Scotland.

Momentum around this new crime has gathered significantly since consensus was reached on the core text of a definition of ecocide as an international crime by an independent expert panel. This panel, comprising 12 lawyers from around the world with a balance of backgrounds and expertise in criminal, environmental, humanitarian and climate law, was convened by the Stop Ecocide Foundation and co-chaired by British/French barrister Professor Philippe Sands QC and Senegalese jurist Dior Fall Sow. The group was assisted by outside experts and a public consultation that brought together hundreds of ideas from legal, economic, political, youth, faith and indigenous perspectives from around the globe.

The consensus definition the panel reached was launched in June 2021, and it is clear and concise: “‘ecocide’ means unlawful or wanton acts committed with knowledge that there is a substantial likelihood of severe and either widespread or long-term damage to the environment being caused by those acts”.

This definition is the first to be drafted in direct response to political demand, following a request from Swedish parliamentarians last year, and is intended specifically for the context of adding a fifth crime to the Rome Statute of the International Criminal Court alongside genocide, crimes against humanity, war crimes and the crime of aggression. It is already being considered by a number of governments and has been well received in the political world, perhaps because it hits a “sweet spot”, striking a balance between protection from the most egregious harms and acceptability to governments with varying national legal provision in place.

The definition, which extends to a further paragraph defining terms used, draws on multiple precedents, in particular the Geneva Convention, the Environmental Modification Convention (“ENMOD”), and the Rome Statute itself. Virtually all of the language used is established and familiar, yet as a whole it draws international criminal law forward in a new direction. While the other crimes in the Statute focus almost exclusively on harm to humans, ecocide would, inter alia, criminalise acts threatening severe environmental harms in and of themselves. This is a highly significant development and could begin to rebalance the heavily anthropocentric current focus of the global legal system, strengthening worldwide the relatively young edifice of environmental law in the process. The commentary and core text can be viewed at www.stopecocide.earth/legal-definition, and at www.ecocidelaw.com

International crimes address the criminal responsibility of individuals, i.e. natural persons rather than governments or corporations. And ecocide is, by and large, a corporate crime (albeit a number of polluting corporations are government-backed). While one might not expect a war criminal or a genocidaire to be concerned first and foremost with public image, the same is not true of corporate decision-makers, since reputation directly affects share price, investor confidence, insurance provision and so on. The possibility of finding themselves in the same dock as a war criminal has the potential, therefore, to be a particularly effective deterrent for such individuals with regard to ecocide.

However, to use a rather basic metaphor, we see this law not just as a stick, but also as a carrot. After all, there is nothing that stimulates creativity and innovation so well as a clear parameter. At present, fiduciary duties oblige CEOs to consider maximisation of profit above all else, but nonetheless, this must always be within lawful parameters. The visibility on the horizon of an approaching new parameter, therefore, will level the playing field for those wishing to move towards sustainable and eco-effective practices and prevent finance from flowing towards destructive ones.

Many of the solutions needed to transition to an economy which thrives with nature are already available – regenerative agriculture, circular economy, renewable energy – and a crime of ecocide will support these while also stimulating the improvement of existing environmental laws. It can thus act as both a guardrail and a guidance system, even before its adoption into the Rome Statute or into national law.

Beyond the benefits of creating an enforceable and effective deterrent, providing a useful parameter to spur innovation and sustainability, and influencing a shift in moral perspective, this law also offers a political opportunity. COP26 presents Scotland – and more broadly, the UK – with a requirement for global leadership on climate and ecological crisis, and support for an international crime of ecocide is an opportunity to show this strongly. Amending the Rome Statute will take some time (an estimated four or five years) and requires broad global support from 80+ states. It does not therefore constitute an immediate political and economic risk, but nonetheless strongly encourages the necessary transition policies and compliance pathways to move towards a safe operating space for humanity.

The UK is the seat of the industrial revolution, and is also at the origin of the present global legal system which focuses heavily on private ownership; both have brought prosperity to many but also, as we are at last acknowledging, relentless destruction to our planetary home (“ecocide” means, etymologically, “killing one’s home”). With a centuries-established history of innovation and pioneership, it would be both just and fitting for Scotland and the UK to help lead the world in respect of this new international law to protect ecosystems and future generations of all species, helping in this way to engineer a new and desperately needed global ecological responsibility.

Certain moments in history demand not only practical but also deeply moral leadership. This is such a moment, and support for an international crime of ecocide offers both. 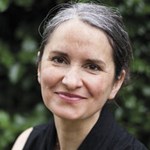