Licensing: The shadow of criminal convictions

At a recent licensing board hearing, during the consideration of a personal licence application where the applicant had declared a conviction, a board member remarked that she was mindful of the growing trend towards a “cancel culture” in the UK and emphasised that it had no place within the licensing arena. In supporting the grant of the application, despite the applicant’s conviction for driving while under the influence of drugs, she said that everyone deserved a chance to make amends.

The concept of “cancelling” a person as a result of past behaviour has become a polarising topic of debate in recent years. This particular example indicates a strong sense of disapproval of this culture from some licensing board members, but how does that sit within a licensing system which uses these exact past mistakes – i.e. convictions – as the very basis for determining suitability?

When instructed to apply for a personal licence, premises licence or a licence transfer, agents must ascertain at the outset whether the applicant or a connected person has been convicted of an offence. If it transpires that there are convictions to consider, the next stage is to determine (a) whether they are relevant offences with reference to the Licensing (Relevant Offences) (Scotland) Regulations 2007; and (b) whether they have to be declared or are spent and thus fall to be disregarded by virtue of s 129(4) of the Licensing (Scotland) Act 2005. The second part of this exercise is completed by referring to the Rehabilitation of Offenders Act 1974. Changes introduced last year mean that this should be performed with caution.

On 20 November 2020, part 2 of the Management of Offenders (Scotland) Act 2019 was brought into force. These provisions substantially reduced the periods after which convictions can be considered spent, reducing the requirement for disclosure and bringing the timeframes into line with England. Providing comment at the time regarding the policy intention, the then Justice Secretary Humza Yousaf stated: “These important reforms balance the requirement for safeguards to understand a person’s recent offending behaviour with the need to allow people to move on with their lives – to seek gainful employment, support their families and contribute positively to their communities.”

The headline changes were reductions in disclosure periods for non-custodial sentences from five years to 12 months for community payback orders and fines, and the removal of the requirement to disclose admonishments or absolute discharges. The length of the disclosure period for custodial sentences was also reduced, dependent on the length of the sentence.

However, an SSI carves out an exception for 2005 Act applications. In terms of the Management of Offenders (Scotland) Act 2019 (Commencement No 4 and Saving Provision) Regulations 2019 (SSI 2020/245), the provisions of the 2019 Act have no effect in respect of any application, notice, proceeding or appeal under the 2005 Act until the coming into force of s 52 of the Air Weapons and Licensing (Scotland) Act 2015.

Section 52 has yet to be commenced. This places applicants in the peculiar position of having to resort to the provisions of the 1974 Act before it was amended by the 2019 Act in order to determine the rehabilitation periods for the relevant offences. This will undoubtedly cause confusion.

When s 52 comes into force, the 2019 Act provisions will at that point apply. This change will however be almost academic, as the effect of s 52 is to open the door for spent convictions to be brought to and considered by boards as part of their decision-making. Where spent convictions are disclosed, case law suggests that the information should be presented to the board in two stages, with them first being advised of the general nature of the conviction and the penalty imposed, before taking a view on whether it is admitted for consideration: see O’Doherty v Renfrewshire Council 1997 SCLR 821 and R v Hastings Magistrates, ex p McSpirit (1994) 162 JP 44.

Thus, as matters stand, the reduced timescales introduced in November last year do not apply in the context of 2005 Act applications. A conviction, even one from many years ago, could still lead to someone being “cancelled” for licensing purposes, while the potential for “cancellation” will become even greater when the gates are opened to the consideration of spent convictions. 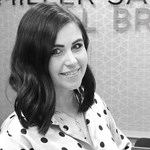