COVID has made many aspects of our lives harder than before, but it is still worth checking the things within our control to make sure we are not being held back unnecessarily in our lives
19th July 2021 | Ken Dalling

When my younger daughter was about six years of age, and not very long after she had learned to ride a bike, we decided to have a family cycle along the Forth & Clyde Canal from Dullatur to the Falkirk Wheel. Four bikes were loaded onto the back of the car, then unloaded and we set off on the towpath. It would be a bit of an adventure, but hopefully not too much for Fiona or her older sister Claire. No hills always helps when you are on a bike.

After about 10 minutes, Fiona was tired. This didn’t bode well. She was encouraged and she persevered. We stopped, as I recall, another couple of times in the following 20 minutes or so. We told her that we were all on the same journey, that the exercise was good for her – we probably promised chocolate. Eventually, and to my shame after too long, we all stopped for a proper rest. Only then did I notice that the cable to the back brake on Fiona’s bike had been caught when I took the bike off the bike rack. Fiona had been cycling for half an hour with her brakes on. I feel guilty about that to this day.

In so many ways COVID has put the brakes on so many aspects of our life. There have been lots of things we simply have not been able to do but, perhaps even worse, the things we have done have been made much more difficult.

The Society’s Donald Dewar Debating Tournament was held on an entirely virtual footing this year, and it was my pleasure to speak to the school students and announce Peebles High as the tournament winners. As well as impacting on their studies, the pandemic with its consequential uncertainty around education, careers and general day-to-day living will have affected the wellbeing, confidence and general happiness of students. I hope that their participation in the debates was of benefit to them and also a balance to some of the rubbish with which they’ve had to live.

It was also a great pleasure for me to “speak” at the graduation ceremony for the Law School of the University of Strathclyde. As well as being an alumnus of that institution, I am the third successive President to have been so. I have seen at first hand how much more difficult remote university study has been in the year of COVID; Fiona, now 25, has just completed her Diploma in Legal Practice and is set to start her traineeship. So much is learned from the shared experience of university life, whether that be in the common room, in the library or, yes, even in the pub! Those students who have been required to do without that, but have still succeeded in their studies, should be very proud of themselves.

The Rising Star award was presented at the In-house Lawyers’ Conference. We recognised that the value of supervision, mentoring and learning by osmosis as we work alongside more experienced colleagues was not to be underestimated. Current circumstances made those layers of in-practice development very difficult and it was to the credit to Angus Niven of BoxMedia, the award winner, and to Anna Ziarkowska of Aberdeenshire Council, as runner up, that they had achieved so much so early in their careers.

So too with those of us who have been at this for a while. Over the past year, we have been required to endure extraordinary circumstances. We have all had to adapt, in a very short timeframe, to significant business interruption, to working from home and to communicating online. We have had to work longer and harder than ever to mitigate the effects of the pandemic. New and seemingly everchanging work practices have not made it easy, but we have persevered and will continue to do so.

But there are things about which we can do something. For my own part, I still try, metaphorically, to check the brakes both in my office and in my work for the Society, to ensure that I am not held back unnecessarily. I would urge you to do the same. 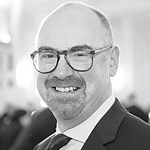