The recent G7 meeting came to a broad consensus on two main proposals which, it is hoped, will bring global tax rules up to date and force multinational companies to pay their fair share. The first, “Pillar One”, would award countries the right to tax multinationals which operate in their jurisdictions, even if they have no permanent establishment there. The second, “Pillar Two”, is a global minimum corporate tax rate of 15%.

Pillar One – which is understood to be a global replacement for the national digital services taxes levied by many European countries – is targeted at the “largest and most profitable multinational enterprises”, with a profit margin of at least 10%. Profits which are above the 10% threshold will be taxed at a 20% rate and the taxation rights will be shared out among “market countries”.

Details as to how this will be implemented are few. There is no global standard definition of “profit”, and the G7’s communiqué does not propose one, so the difficult task of finding a consensus on the matter remains ahead. While we know that “market countries” will share taxation rights, it is not clear how those countries will be identified or how the taxation rights will be allocated among them.

The model proposed to the OECD by the US targeted 100 of the largest and most profitable global companies, but there is no guarantee that these will be the only companies targeted. The communiqué does not contain a specific number or specific size criteria, so it is possible that more companies will be affected by this reform than previously anticipated.

Pillar Two aims to tackle the practice of establishing subsidiaries in tax havens, by imposing a global minimum corporate tax rate of 15%. This is not to say that every country would be obliged to set their rate of corporate tax at 15% or above: they would still have the freedom to set a lower nominal tax rate. However, each signatory country where a multinational is headquartered would be obliged to “top up” the tax paid in respect of any foreign subsidiaries in low-tax jurisdictions to at least that minimum rate, preventing the multinational from saving any money by establishing subsidiaries there.

Again, more detail is needed to assess this proposal properly. It will be necessary to develop a consensus on the meaning of “profit” and the appropriate way to calculate the effective tax rate. It would be a mistake to take the nominal tax rates at face value, as they can be deceptive – generous capital allowances can drastically lower the amount of tax actually payable – so it will be necessary to determine which tax adjustments should be taken into account.

These proposals are not final: the G7 package still has to get through the G20, the OECD countries and the national legislatures, and dissent is already stirring. Some critics maintain that the proposals do not go far enough: a 15% tax rate is, after all, not far from the low rates already charged by tax havens like Ireland and Switzerland, and as Pillar One is intended to replace the national digital services taxes which are already in place, it remains to be seen whether any extra tax will actually be raised. There is also the matter of Pillar One’s 10% profit threshold, which should theoretically rule out several low-margin multinationals which were at the centre of the original policy proposals, including tech giants like Amazon and Twitter.

Other critics believe that the proposals are too drastic. Low-tax jurisdictions like Ireland and Hungary have expressed concern over Pillar Two, and legislators across the world – including, crucially, in the US – are reluctant to cede any sovereignty over their tax laws. Some countries have already begun to lobby for carve-outs: Poland and Hungary for business done domestically and the UK for the financial services sector.

Notably, there is one group which appears to have no criticisms: the tech giants. Spokespeople for Amazon, Google and Facebook have all issued statements which range from accepting to approving, and their share prices have remained high, indicating that investors are not concerned.

Ultimately, there is still much to be decided. The task of appeasing critics across the world falls on the G20, who meet in Venice in July to establish the key details of the proposed reforms. It is hoped that, when they do, we will be one step closer to establishing an equitable tax system which is fit for purpose in our increasingly digital world. 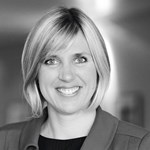