To what extent can regulated professionals rely on freedom of expression when charged with comments alleged to bring their profession into disrepute?
19th July 2021 | David Blair

Freedom of expression is rightly held up as one of the most important civil liberties in our legal system. The right to express one’s views, even if some may find those views offensive, is a cornerstone of our democratic system. That said, two recent decisions of the Scottish and English courts have served as a reminder that for regulated professionals, free speech has its limits and it may be appropriate for regulators to investigate and prosecute charges relating to comments which bring their professions into disrepute.

The petitioner in this judicial review was General Secretary of the Scottish Police Federation. He sought declarator that a decision made on behalf of the respondent finding that there was a case to answer in relation to allegations of professional misconduct against the petitioner was an unlawful interference with his article 10 right to freedom of expression, and irrational at common law.

The allegations related to a Twitter exchange between the petitioner and the solicitor acting for the family of the late Sheku Bayoh on the day the Lord Advocate confirmed that no prosecutions would take place in respect of Bayoh’s death in police custody. The petitioner had made a number of comments to the effect that he supported this decision and suggested that calls to prosecute were based on “innuendo, speculation or smear”. In response to criticisms about the extent of Bayoh’s injuries, the petitioner had linked to a news article referring to an alleged earlier fight that Bayoh had been involved in, and in a follow-up tweet posted a GIF from the film Napoleon Dynamite. The GIF depicted one character lightly tapping another on the cheek before running away.

A number of Twitter users expressed criticism of the petitioner’s use of a GIF from a comedy film in this context, and he was subsequently referred for disciplinary proceedings. The petitioner sought judicial review of this referral on the basis that it interfered with his right to freedom of expression and no legitimate justification for such an interference had been shown.

Lord Fairley rejected the petitioner’s arguments. He highlighted that the legitimate aim of maintaining public confidence in the police may justify restricting the freedom of expression of police officers. In this specific context, he noted that the respondent’s conclusion that there was a case to answer could not be seen as irrational. It was clear that some members of the public had found the comments offensive and it was certainly possible that they could in due course be found to amount to misconduct. The petition was accordingly dismissed.

The PSA appealed this decision on the basis that the panel had erred in their assessment of the nature of the comments. The appeal was supported by the General Pharmaceutical Council. Johnson J agreed with the PSA’s approach. In allowing the appeal, he noted that in assessing as a matter of fact whether comments are antisemitic, a panel must consider what a reasonable, ordinarily informed member of the public would make of them. The subjective intention of the registrant could never answer the question as to whether the comments were antisemitic or not, albeit the intention and any previous good character might inform the issue of current impairment or sanction.

Of note, Johnson J stressed that in dealing with this issue, care had to be taken to consider the wording of the charge. In this case, there was no charge that the comments had been malicious or deliberately antisemitic. If there had been, the registrant’s intention would have been relevant to the panel’s inquiry.

Think before you speak?

In both cases, emphasis was placed on the interpretations members of the public would or did place on the comments. It is no defence to say during later regulatory proceedings that one simply hadn’t meant the comments to be read in that way. Once the registrant’s comments were out, he was no longer the master of their interpretation. The lesson carries across to all regulated professions: think carefully about any comments made in a public forum, particularly on controversial topics. If a reasonable member of the public could find them offensive, one may face a long and costly regulatory process. 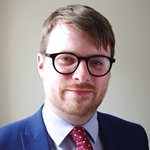 David Blair is an advocate with Axiom Advocates