If the UNCRC Bill as passed becomes law, it could have the unintended consequences of infantilising young adults, and perhaps a higher minimum age of marriage, which would be a retrograde step
19th July 2021 | Brian Dempsey

As readers will know, the United Nations Convention on the Rights of the Child (Incorporation) (Scotland) Bill, passed unanimously by the Parliament on 16 March, is being challenged by the UK Government in the Supreme Court. If the bill survives this test of legislative competency, it will make it unlawful for Scottish ministers, courts, tribunals and other public authorities to act in a way which is incompatible with the UNCRC.

So what’s not to like? Well, the definition of a child in the UNCRC is a person below the age of 18, unless the age of majority is attained earlier (article 1). In Scotland, the age of majority is 18 (s 1, Age of Majority (Scotland) Act 1969), and so if brought into force the bill will create a situation in which young adults of 16 or 17 will be transformed into children.

This is regrettable, as it is in conflict with a range of laws giving greater respect to the rights and autonomy of young adults. Although only indirectly prompted by the UNCRC, the recent announcement by the UK Government that it intends to raise the minimum age for marriage in England & Wales from 16 to 18 shows one possible unintended consequence of incorporation.

Generally, a person under the age of 16 years has no legal capacity in Scots law, while a person of 16 years and older has full capacity (s 1, Age of Legal Capacity (Scotland) Act 1991). While there is some limited protection for young adults of 16 or 17 to have substantially prejudicial transactions set aside if challenged before they reach the age of 21 (s 3), the exceptions in the Act are more concerned with when a person under 16 will in fact have capacity (s 2).

In family law, parental responsibilities and rights imposed by the Children (Scotland) Act 1995 end when the child reaches 16, if not before, with the one exception of providing guidance, but not direction, until age 18. Indeed the 1995 Act states that the parental responsibility to act as the child’s legal representative exists only “where the child is incapable of so acting or consenting on [their] own behalf” (s 15(5)(b)), so where a child under 16 in fact has capacity under the 1991 Act the parent’s ability to act disappears.

The minimum age for marriage in Scotland is 16 (s 1, Marriage (Scotland) Act 1977). In order to protect young persons, the age of consent to sexual activity is also set at 16 (Sexual Offences (Scotland) Act 2009). (Yet, to our shame, the age at which we hold children criminally responsible was raised to just 12 by the Age of Criminal Responsibility (Scotland) Act 2019.)

Young adults of 16 and 17 have been empowered to vote in Scottish elections (Scottish Elections (Reduction of Voting Age) Act 2015).

All of this shows that the age of 16 is, generally, the appropriate age at which the law should recognise that older children become young adults.

If the UNCRC is incorporated into Scots law, one of the first tests of its impact could be in relation to the minimum age for marriage.

Recently, under pressure from campaigners against forced marriage, the UK Government announced that it will legislate to raise the minimum age for marriage in England & Wales from 16 to 18. At present, it is a requirement that 16 and 17-year-olds get the permission of their parents if they are to marry, except that it does not matter if they marry without that permission (aspects of English marriage law stand in need of rationalisation).

Whether raising the minimum age of marriage for all persons in England & Wales is the best response to the scourge of forced marriage is a matter for that jurisdiction. The UK Government’s Forced Marriage Unit states that of the 1,355 reports of actual or suspected forced marriage in 2019, about 18% of those targeted were under 16, so clearly were not protected by the minimum age, and 68% were 18 or over, so would not be protected by raising the age. Perhaps strengthening the effectiveness of forced marriage legislation would be a better way to go?

So how would the UNCRC impact on the settled Scots law of marriage? As noted above, the definition of a child in Scotland under the UNCRC is a person under the age of 18. Although the UNCRC does not directly address forced marriage, the UN’s position is that marriage under the age of 18 is “child marriage” and is always a species of forced marriage to be condemned and eradicated. Some commentators support the imposition of that position in Scotland (Rebecca McQuillan, “It’s time for Scotland to end child marriage”, The Herald, 18 June 2021), but the infantilising of young adults in Scotland would be a retrograde step. 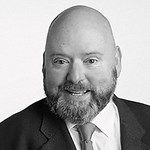