Infralink: a helping hand for telecoms

One thing that has helped us all adjust to the challenges and changes over the past 18 months or so and continue living our lives with some form of normality, has been digital connectivity. It has allowed us to work and educate remotely, “track and trace”, assist the vulnerable by having their shopping delivered, and ensure we are still in regular contact with colleagues, family and friends.

As we recognise and build on the strengths of using digital connectivity in our lives, we need to remember that all this can only be delivered if we have the necessary mobile digital infrastructure in place.

In doing so, mobile network operators (MNOs) need to agree leases with asset owners to place masts on land and buildings. The UK Government introduced the Electronic Communications Code in 2017 to support deployment of mobile infrastructure and remove commercial barriers to better connectivity. As a result of the Code, the consideration payable in respect of the lease is now to be determined on a “no scheme” or “no network” basis similar to compulsory purchase, and explicit statements have been made in the Code about the MNO tenant’s rights to share the site with other MNOs and add additional equipment to the site.

The challenge to this admirable ambition is however twofold. Digital telecommunications is still considered a specialist area. Consequently, many landlords are not comfortable when negotiating to have telecommunications equipment on their property. In addition, the Code is not clear on certain aspects, in particular, what should happen when a lease comes to the end of its term and is due for renewal: should it be based on pre-Code or post-Code terms?

The Duncan case (EE Ltd and Hutchison 3G UK Ltd v Duncan [2021] CSIH 27, discussed by Daniel Bain and Colin Archibald at Journal, June 2021, 22) has now assisted with the latter of these issues by deciding that, in general, a lease renewal should be based on Code terms. This should move forward what had become a deadlocked sector and means that parties now have clear direction that the Code applies to new sites and to existing sites where the lease has ended. But the challenges don’t end there.

As we all know, negotiations and agreeing a lease are not necessarily straightforward steps. In the mobile sector it is the tenant that usually provides the standard lease, including terms often weighted in their favour, requiring negotiations to rebalance the document or even resulting in some cases in refusal by the landlords to negotiate. A lack of knowledge and experience in this sector and the ambiguities in the Code have added to the situation, resulting in a “them and us” culture between the parties and a resulting lack of trust. While the direct result has seen costly tribunal cases, the ultimate losers are communities and businesses that rely on good and continually improving connectivity to live and work.

Providing a helping hand to potential landlords and MNOs is Infralink. Funded by the Scottish Government and led by the Scottish Futures Trust, Infralink is providing an alternative way to achieve agreement for 4G and 5G macro sites. By taking best practice from across the United Kingdom to create standardised tools, the parties have an informed and balanced starting point for negotiations.

Infralink has created standardised leases and payment guidance to apply to land and buildings across the rural and urban areas of Scotland. By adapting what is seen to be best practice in the mobile sector, negotiations will be more efficient for both parties, attracting greater investment into Scotland and improving national connectivity levels. For example, by using standardised leases and payment guidance similar to Infralink, one combined authority in the West Midlands that the Infralink team engaged with in the development of the tools has seen lease negotiations reduce by six months.

For 4G and 5G macro sites, Infralink has published a set of standard lease documents and payment guidance to aid negotiations. The standardised leases remove the need to negotiate stock terms, thereby allowing the parties to focus on the nuances of the site. Using the already mediated Greater London Authority templates (“GLA templates”) as the base document, the Infralink team working with legal firm DWF amended them to be appropriate for Scottish, less urban settings, engaging with MNOs such as Cornerstone and MBNL, and public sector stakeholders to get feedback.

Catherine Haslam, partner and head of the Telecoms team at DWF, commented: “The GLA templates seemed like the natural choice for the basis of the Infralink templates. The GLA templates had already been heavily negotiated, and moderated by the British Standards Institution, with input from representatives from across the telecoms sector, and endorsed by a number of the main players in the sector, including the RICS. We believe that by using templates which the sector are already familiar with, the parties will feel more comfortable implementing their use and it will significantly cut down the negotiation time for new Code agreements and aid the speedy rollout of new, much-needed sites.”

The payment guidance sets out a recommended methodology and prices for a variety of sites, using existing land values and building on the principles of Code case law. The payment guidance recognises the impact of digital infrastructure as a tenant and sets out suggested figures that can be used as a credible starting point for discussions. In support of potential public sector landlords, consideration has been given in the development process to such areas as subsidy control and “best consideration”, so as to remove the burden and reduce the risk of legal challenge.

Standardisation is not a new concept, but doing it at scale in this sector is. Forestry & Land Scotland has been leading the way in this area, moving away from a reactionary case-by case approach to telecoms negotiations, to a more effective and efficient, no surprises standardised approach.

James Higgins, land agency programme manager at Forestry & Land Scotland, tells how other organisations can benefit from what it has learned: “Infralink is a helping hand and should be seen as this. Adopting a standardised way of dealing with digital infrastructure site requests is new to lots of public sector organisations, so Infralink can provide support to help them through.”

Infralink published the first version of the standard documents and payment guidance in March 2021 on the Infralink website, and the response has been positive.

Belinda Fawcett, general counsel and director of Property & Estates at Cornerstone, which deploys infrastructure across the UK on behalf of Vodafone and O2, said: “We need faster mobile deployment, and working with the Scottish Futures Trust on the Infralink programme will help us to simplify and streamline our network rollout process. We are making positive progress through the Infralink initiative to help improve digital connectivity for communities and businesses across Scotland.”

More is still to come. Infralink is developing a Connectivity Marketplace to be an online map-based tool for MNOs and local authorities to monitor connectivity levels, plan mobile deployments in a collaborative way and identify public sector assets that could help improve mobile connectivity and capacity. It will be a shop window for those public sector bodies interested in discussing connectivity in their area, with them being able to set out the terms upfront and drive the discussions based on data. Expected to launch in summer 2022, the Infralink team is again using existing resources and datasets to minimise the burden on stakeholders and deliver the engagement tool at scale.

While the Duncan case has helped remove one hurdle for those who support better connectivity, the need to improve how parties engage and negotiate remains. Infralink is a no-charge national initiative that can be a credible starting point for landlords and tenants, leading not only to more efficient negotiations, but better estate management and a more positive relationship between the parties. 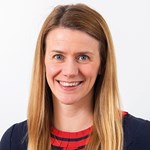