Is the Scots common law of homicide suited to 21st century society? The Scottish Law Commission is undertaking a thorough review with a view to reform and welcomes views on its recent discussion paper
19th July 2021 | Lady Paton, Graham McGlashan, Nicholas Burgess

Murder is one of the gravest crimes in any society. The ways in which different legal systems define and deal with this “most heinous of all crimes” provide fascinating avenues of research, which throw up similarities, parallels, and also major differences.

Scotland has its own unique law of murder, using “wickedness” as a key concept in relation to the accused’s requisite state of mind. No other jurisdiction uses that express word. Moreover, unlike for example the USA, New Zealand, Australia, Germany, France, Italy and other countries, Scots homicide law is not contained in a penal code. It contrasts also with the homicide law of England & Wales, which is mainly statutory. The Scots common law has evolved over centuries, shaped by institutional writers such as Hume, Alison and Macdonald, and by decisions of judges in individual cases. Only occasional statutory interventions appear, such as s 51B of the Criminal Procedure (Scotland) Act 1995, which defines the partial defence of diminished responsibility.

Is this homicide law fit for purpose in 21st century Scottish society? Early in the millennium, four developments raised this question.

First, major reviews of the law of homicide were undertaken in England & Wales (Murder, Manslaughter and Infanticide, Law Com No 304 (2006)), and Ireland (Homicide: Murder and Involuntary Manslaughter (LRC 87-2008)). Secondly, a drive for codification of the criminal law was led by a group of respected academics: E Clive, P Ferguson, C Gane and A McCall Smith, A Draft Criminal Code for Scotland with Commentary (published under the auspices of the Scottish Law Commission, 2003). Thirdly, observations by the Criminal Appeal Court in Petto v HM Advocate 2011 SCCR 519, a fatal fireraising case, suggested that Scots homicide law was archaic and confusing, and required review. Fourthly, there was growing appreciation of the destructive effects of years of domestic abuse, resulting in questions being raised about the adequacy of accepted homicide defences where a person is accused of murdering an abusive partner.

In Petto, the court described Scots homicide law as having “a definitional structure in which the mental element in homicide is defined with the use of terms such as wicked, evil, felonious, depraved and so on, which may impede rather than conduce to analytical accuracy”. It continued by observing: “we remain burdened by legal principles that were shaped largely in the days of the death penalty, that are inconsistent and confused and are not yet wholly free of doctrines of constructive malice… a comprehensive re-examination of the mental element in homicide is long overdue”.

As a result the Scottish Law Commission is now undertaking a research project on the mental element in homicide. A Discussion Paper on the Mental Element in Homicide (Discussion Paper no 172) was published on 27 May 2021. The paper examines the current law; makes comparisons with other legal systems; identifies perceived problems; and suggests potential ways forward. Questions are asked throughout the paper, and are summarised in chapter 14.

Some important issues are raised:

Issues canvassed include the structure and language of Scots homicide law; the definition and development of the crimes of murder and culpable homicide; defences, including self-defence, necessity and coercion, provocation, and diminished responsibility; and the possible need for a special “domestic abuse” defence.

The brief overview in chapter 13 focuses on the important question, “Would Scots law relating to the mental element in homicide be improved by placing it (or parts of it) on a statutory footing?” A short executive summary of the paper is also accessible on the Commission’s website.

Reference is made throughout the discussion paper to the Draft Criminal Code for Scotland, referred to above. The Draft Code offers a model for placing the common law of homicide on a statutory footing. Relevant provisions and commentary include sections on intention, recklessness, knowledge, culpably induced state of mind, murder, and culpable homicide, providing a useful sounding-board for ideas for reform.

Other models for reform include legislation enacted in other jurisdictions. The Commission has published a standalone paper outlining its research into homicide laws internationally.

Comparative research has particularly informed the Commission’s consideration of a potential new partial defence for those who kill following prolonged domestic abuse, for whom the current defences of self-defence, provocation and diminished responsibility appear, to some commentators, to be inadequate.

Notably, in Victoria, Australia the offence of “defensive homicide” was introduced in 2005, intended to offer a “halfway” homicide category for those who kill in response to abuse. However, this offence was abolished in 2014, with Attorney General Robert Clark commenting that the law had been “hijacked by violent men who’ve been able to get away with murder”. Similar legislation in other Australian states including Queensland and South Australia, and in New Zealand, has also faced difficulties – both in being enacted and also in practice – underscoring the need for any modernisation in this important and sensitive area of Scots law to be evidence-based and well informed in order to prevent abuses and other undesirable consequences.

Further assistance in considering possible reform in Scots homicide law has been provided by Professor Claire McDiarmid, head of the Law School, University of Strathclyde, who worked with the Commission for four months in autumn 2018. Her standalone paper on culpable homicide, “Between Accidental Killing and Murder: Culpable homicide”, can be found on the Commission’s website. Any reader’s understanding of Scots homicide law will be enriched by comparing and contrasting the discussion paper and the standalone paper, as there are some differences in approach and emphasis.

Ultimately the key question is whether the Scots law relating to the mental element in homicide would be improved by placing it (or parts of it) on a statutory footing in order to reflect the views and values of 21st-century Scottish society.

In preparing the discussion paper, the Commission heard from legal practitioners, academics, judges, and victim support organisations. Their comments and advice were greatly appreciated, and made a major contribution to the paper. At this stage of the project, the Commission would welcome responses to the questions posed in the paper, during the consultation period which ends on 27 August 2021. Responses will greatly assist in the Commission’s formulation of policy, proposals and recommendations for reform, and may be submitted using a form on the Commission’s website, accessible at the current consultations page. The responses will therefore play a major role in shaping the future of the law of homicide in Scotland. 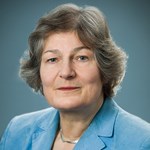