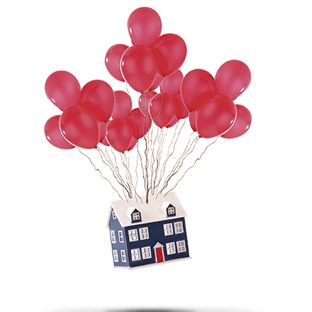 Property lawyers are particularly partial to a good style. The practice of law is demanding enough at the best of times, so when a standard form of document is available to us, we embrace it with alacrity (even if, in the case of some statutory styles, the drafting may be less than satisfactory).

And yet, over the years, the negotiation of regularly used transactional documents had become increasingly fraught, with hours spent on revisal and counter-revisal; each firm had its own preferred style of document, meaning time had to be spent on becoming familiar with that particular version; and the whole process started all over again in the next transaction.

The Property Standardisation Group was formed in 2001 to help address this issue. Its mission was to produce balanced, standardised forms of many of the routinely used commercial property documents which would:

The PSG was created by Dundas & Wilson (now CMS), Maclay Murray & Spens (now Dentons), McGrigors (now Pinsent Masons), and Shepherd and Wedderburn. These firms shared a vision: to work together to produce documents that would set out a standard position for what really should be non-contentious points.

What started as a collaborative drafting exercise soon expanded into streamlining, and innovating on style and process too. With the (then new) Scottish Parliament producing an unprecedented amount of legislative change, the PSG rose to the challenge, translating fundamental changes in law into new styles and guidance. This included drafting to cater, over time, for:

The PSG spent many hours analysing and interpreting the new laws, translating them into workable drafting solutions, while also engaging with the Scottish Government, Registers of Scotland and other stakeholders to ensure the documents accurately reflected the policy purposes and administrative effects of the legislation.

Over the past 20 years, the PSG has published more than 95 documents with corresponding guidance notes, ranging from one-page letters to lengthy leases and offers to sell. Many of these documents cater for routine everyday transactions: lease management documents when a lease is assigned or sublet, or landlord’s consent is sought; undertakings given to facilitate completion of transactions; dispositions to transfer property; and deeds creating title conditions. The PSG’s standardised versions of these documents have enabled property lawyers to draft and agree the final format in minutes rather than hours.

The PSG has not been shy about challenging transactional norms. In 2003, the introduction of stamp duty land tax, as different from its predecessor stamp duty as it is possible to be, prompted the PSG to rethink the procedural as well as the drafting aspects of the new tax, and lay out simple steps for parties to follow and incorporate into their documents.

Property law experienced seismic changes with feudal abolition and the reform of the law relating to title conditions. The PSG produced a comprehensive suite of documents that took the guesswork out of this new legislation and simplified the drafting process. The introduction of a collection of residential documents in 2015 took this simplified format to a new level.

Tackling the time-consuming and contentious process of adjusting commercial property missives led to the PSG producing two offers to sell. In a break with traditional practice, this allowed the initial contract document to be drafted by the seller, who is familiar with the property. Practitioners found using an offer to sell resulted in the contract being concluded more swiftly and easily.

The document the PSG was most often asked to produce was a standardised commercial lease. Originally it considered this a project too far, given the difficulties in balancing the needs of a well-advised tenant and an institutional investor. The introduction of the Model Commercial Lease, a client-led collaboration in England, provided the PSG with the ideal opportunity to produce a comprehensive set of commercial leases, adapting the MCLs to equivalents fit for purpose in the Scottish market. Written in plain English, with a well balanced approach to the respective parties’ interests, the MCL ethos is a good fit with the PSG philosophy, and as the leases gather more traction in the Scottish market, having a uniform style of lease applicable throughout the UK helps clients and their surveyors with lease management, and provides time savings in cross-border transactions.

The core drafting group has deliberately been kept small, avoiding the problems that can arise from drafting by committee. Two of the original founding members, Ann Stewart of Shepherd and Wedderburn, and Rachel Oliphant of Pinsent Masons, currently work with Paul Haniford of Dentons (who succeeded Iain Macniven on his retirement in 2015) and Kirsten Partridge of CMS Cameron McKenna Nabarro Olswang (successor to Douglas Hunter, who retired in 2020).

Together they continue the voluntary work of the PSG, whose output is freely available for all to use via the website www.psglegal.co.uk, with their IT colleagues helping with the technology. Careful monitoring and updating now takes up a considerable amount of the PSG’s time, alongside new projects.

It is no exaggeration to say that the PSG has transformed, for the better, the way in which commercial property lawyers in Scotland work. It is a unique collaboration that has been of immeasurable benefit to property lawyers and their clients, and it shows no sign of tiring, with a healthy list of current projects, and changes in the pipeline such as the Register of Controlled Interests in Land and greater regulation on energy performance of buildings. There is always more work to be done.

“The PSG has revolutionised transactions with property and very much for the better. Not only did it free practitioners from often out-of-date or inappropriate firm or even partner-based styles, but the readily accessible styles have been kept up to date and allowed parties to at least begin ‘singing off the same hymn sheet’ in their dealings.”

“Underpinning the commercial property industry is a legal profession that has benefited enormously from the work of the Property Standardisation Group. In a dynamic legislative environment, having robust and reliable documents benefits all parties, as evidenced by the stellar work of the PSG on subjects such as commercial leases and the transition to LBTT.

“Congratulations and thank you to all those who have been involved in the past 20 years, and all the very best for the next 20.”

“Styles should not only be good in themselves, but should ideally emanate from organisations that command respect in the relevant community of users. The PSG ticks all boxes: high quality styles, styles that evolve in response to the changing law/practice matrix, and the highest level of respect in the conveyancing community. The Scottish legal system is fortunate, most fortunate, in having the PSG.”

Jennifer Henderson, Keeper of the Registers of Scotland:

“On the 20th anniversary of the formation of the PSG I would like to extend my thanks, on behalf of everyone at Registers of Scotland, for the contributions the PSG has made over the years.

“The PSG styles of deeds creating title conditions undeniably resolved a lot of issues for us by setting everything out in a very logical, foolproof way and drastically reduced processing time and rejections.

“We used the PSG discharge in our Digital Discharge System, which gave new users confidence to adopt it. The PSG protocols for digital submission have helped solicitors understand how best to deal with practical aspects of conveyancing using our new Digital Submission System.”

“Ever since its formation back in 2001 by four energetic and public-spirited members of the profession, the Property Standardisation Group has produced an ever-growing suite of styles for conveyancing. As well as facilitating valuable savings in negotiation time, these widely respected styles have shown what it is to draft thoughtfully and with precision.

“The PSG itself has thrived in a way which not even the most optimistic of its founders could have expected. I salute its 20th birthday. All of those involved in conveyancing in Scotland are hugely in its debt.”

“The creation of the Property Standardisation Group has been enormously beneficial and transformed the way we work as property practitioners. By introducing standardisation and working with changing legislation over the past 20 years – and there certainly has been no shortage of new legislation – the PSG has helped to streamline the conveyancing process, encourage collaboration and save thousands of hours over the years for solicitors across the country. It has been a fantastic initiative and the hard work and commitment of those involved in the group, all done on a voluntary basis, have made the PSG a huge asset not only to us as practitioners, but for our clients who benefit from the knowledge and information which it makes freely available to the profession.

“Many congratulations to everyone in the PSG for reaching your 20th anniversary, and huge thanks for all the work you have done.”

“Over the years, I have watched with increasing admiration and interest the contribution of the PSG. When I was a Scottish Law Commissioner we had regard to its work in our property law projects. I direct my undergraduate students to the PSG website, and when teaching conveyancing to Diploma students we look at how to draft dispositions using both traditional and PSG styles. A prized objective of academic research nowadays is real-life impact. In this regard we can learn lessons from the PSG. On its 20th birthday, I congratulate warmly all involved and send my best wishes for the next 20 years.”