The body or the part?

Where does Scotland’s body donation programme stand in relation to the new “opt-out” legislation governing organ donation? The authors see a risk that people’s wishes will not be respected
19th July 2021 | Amanda Jane Ward, Jennifer O’Neill

However, under the Anatomy Act 1984, as amended by the 2006 Act, individuals over 12 years of age can request to bequeath their body to universities “for the purposes of teaching or studying, or training in or researching into, the gross structure of the human body”: s 1(1). This creates a potential conflict between deemed authorisation for organ donation and explicit request for body donation, particularly whereby the deceased’s request for body donation is outlined in their will, which is read some weeks after death.

Possession of the body

Currently five Scottish universities run body donation programmes: the universities of Aberdeen, Dundee, Edinburgh, Glasgow, and St Andrews (see Scottish Government, Body Donation in Scotland: Guidance). According to the Anatomy Act 1984, s 4(1A), a bequeathal request must be in writing and signed by the individual in the presence of a witness (or, in the case of those aged 12 to 16, by two witnesses in accordance with s 4(1C)). According to Scots law there can be possessory rights over a body (J Brown, “Corpus vile or corpus personae? The status of the human body, its parts and its derivatives in Scots Law”, PhD thesis, University of Strathclyde 2020, T15649), therefore following death “the person lawfully in possession of the body” (s 4(2)) can authorise the request, with such a right of possession established in accordance with the circumstances of death.

For example, in the event of a suspicious or ambiguous death, the procurator fiscal may take temporary possession of the body (s 4(6); Inquiries into Fatal Accidents and Sudden Deaths etc (Scotland) Act 2016) or, if the body poses risk of infection, a hospital may adopt such rights of possession: Health & Safety Executive HSG283. (Note that according to the University of Glasgow’s guidelines dated March 2021, bodies which are deemed to be COVID-19 positive will not be accepted into the body donation programme.) Alternatively, if the deceased had a will, then according to Scots law, the executor nominate is therein appointed to take right of possession over the body to fulfil the deceased’s request.

The Scottish Government guidance cautions that there is “no way to ensure that your body is donated to medical science”, and advises individuals to disclose their wishes to their “next of kin/executor” so that they can “take necessary steps” to ensure the request be enacted. However, according to the 2019 Act, healthcare practitioners are now deemed to have authorisation to extract organs for donation upon death, which raises a possibility that the deceased’s request may not be fulfilled.

The implementation of the 2019 Act has been relatively smooth, with the Act enjoying majority public and political support. One objective of the Act was to introduce more flexibility in the timing of the authorisation process, as well as clarity about authorisation for pre-death procedures, including pre-death tests to ascertain usage viability. Arguably, more thought should have been given not only to tests ascertaining whether the person’s organs/tissue are suitable for donation, but also how full body donation to medical science would work in practice.

As mentioned, the Scottish Government advises individuals to disclose their wishes to their next of kin/executor in order that their request can be carried out. However, each year approximately 40% of family members override consent previously given, thus the provisions of the Act – alongside discussions with the next of kin, if any – do not give enough protection in law to ensure that people’s final wishes are respected. The Government, instead, emphasises the value of both schemes: its guidance encourages those wishing to bequeath their body to medical science to remain on the organ register, so that at the time of death a decision can be taken on their behalf in accordance with the given circumstances. 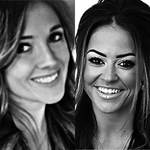