QOCS: in force, but questions remain

Qualified one-way costs shifting is intended to provide a level of protection for personal injury pursuers against liability in expenses, but the rules seem likely themselves to give rise to disputes
19th July 2021 | Carly Forrest, Alison McAteer

In our online article in the March Journal, we discussed big changes for Scotland’s claims landscape, with the likely impact of qualified one-way costs shifting (QOCS) on personal injury practice. As anticipated, the court rules on QOCS have now been published, and took effect on 30 June 2021. The new rules apply to actions commenced after that date – and look set to raise both questions of interpretation and points of argument for pursuers and defenders alike.

Section 8 of the Civil Litigation (Expenses and Group Proceedings) (Scotland) Act 2018 formed the basis for QOCS in Scotland, providing that where a person brings an action for personal injuries or death and has conducted the proceedings in an “appropriate manner”, the court must not make an award of expenses against that person, in respect of any expenses relating to the claim itself, or any appeal. This is a radical departure from the current practice which is, in the vast majority of cases, for expenses to be awarded to the successful party.

The 2018 Act provides for three exceptions whereby a pursuer may not be considered to have conducted proceedings in an “appropriate manner”, and therefore may not benefit from the protection of QOCS. Under the Act, the pursuer will only be liable for the defender’s expenses in Scotland, where the pursuer:

The standard of proof for all three exceptions is the balance of probabilities.

Section 8(6) also provides that further exceptions may be specified by an Act of Sederunt. The Act of Sederunt (Rules of the Court of Session 1994, Sheriff Appeal Court Rules and Sheriff Court Rules Amendment) (Qualified One-Way Costs Shifting) 2021, laid before the Scottish Parliament on 1 June 2021, now provides for additional scenarios where QOCS will not apply, and a pursuer may be found liable for the defender’s expenses. These are:

The new provisions aim to add restrictions to the operation of QOCS. In the exceptions under the 2018 Act, any basis for arguing that QOCS should not apply rested solely on the behaviour of the pursuer. In contrast, the new rules, in allowing expenses to be recovered in cases where a minute of tender is not accepted (or, where there is a delay in acceptance), provide defenders with the ability to try and protect their costs and negotiate settlement.

Arguably, the rules add weight to minutes of tender. Ordinarily, both parties are susceptible to some risk on expenses throughout the course of a case, but when the new QOCS rules are applied, a minute of tender means the pursuer goes from the primary position of having no liability for expenses, to being potentially liable for the defender’s expenses from the date of tender.

There are some aspects of the rules that require further clarification, and which will undoubtedly form the basis of arguments in court regarding expenses. At first glance, there is an apparent inconsistency between the rules and the 2018 Act: under s 8 of the Act, a pursuer who takes their case to court, and does not succeed on the merits of their claim from a liability perspective, would be entitled to the protection of QOCS provided they have behaved reasonably. In contrast, a pursuer who is successful on the merits, but does not receive an award greater than a minute of tender, would not benefit from the protection of QOCS under the new rules. Other issues to be explored include, for example, what constitutes an “unreasonable delay” in accepting a tender. While the rules therefore provide some clarification on when defenders may apply to the court for QOCS to be disapplied, questions remain about how they will operate in practice.

Restrictions on expenses awarded against the pursuer

The new rules also address how expenses will be calculated, if a defender successfully argues that the pursuer should not benefit from QOCS protection in relation to a minute of tender.

The court has discretion to determine whether QOCS should be disapplied in any case, but if an award of expenses is allowed against the pursuer, there are a number of aspects taken into account:

QOCS will have a significant impact on personal injury cases in Scotland going forward. For pursuers and defenders alike, consideration should be given to the new exceptions provided for in the rules, particularly surrounding minutes of tender.

It is inevitable, given the potential questions of interpretation and the court’s discretion when applying the provisions of the 2018 Act and the new rules, that we will see expenses arguments on the application (and disapplication) of the QOCS provisions in the coming months and years. QOCS is happening, but this is by no means the end of the story. 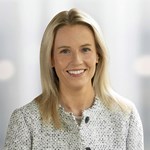 Carly Forrest (pictured) is a partner, and Alison McAteer an associate, in insurance and risk at Brodies LLP